The need for connectivity and efficient network operation is a key priority for companies, across all sectors. Seamless availability and low latency of company systems are guarantees of optimised activity allowing employees to work in the best possible conditions.

Digitalisation requires telecommunications systems to evolve in order to provide the connectivity needed to meet the increasingly demanding requirements of digital applications connected both to the Cloud and to connected objects (IoT), which are now necessary to ensure company operations.

The increasing requirements for communication and interconnections between mobile users have also lead to the introduction of new architectures, protocols and technologies to optimise workflows.

The corporate network is the backbone of global performance, so it is essential to work with a partner who can guarantee

Between technological innovations and changes in digital usage, Sonema can help you guarantee the performance of your communications and IT systems by offering high-availability networks for all types of connectivity- satellite, terrestrial or hybrid.

Sonema’s team of experts will advise you on the best technological strategies to meet your business challenges. Our one-stop-shop approach enables us to deliver the most suitable, secure and customised connectivity and cloud access services to help you improve efficiency and productivity

Working with our network of partners, Sonema guarantees you complete control of the solutions we implement in addition to providing fine-tuned management of your networks to ensure optimum availability and usage of all your services, tools and applications.

Sonema is committed to the quality of service and continuous availability of your networks. Each and every company and administration, must have access to high-performance and scalable infrastructures. 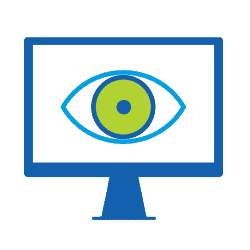 Improve the performance of your local area networks by allowing us to monitor your devices.

A fully managed service for the active and optimised management of your hybrid networks. 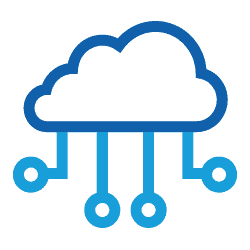 Your private connection to the Microsoft Azure and Office 365 services.

A tailor-made range of securely integrated and optimised videoconferencing equipment for your network.

Guaranteed optimal network performance in all conditions through optimisation, monitoring and load balancing of your circuits.

A secure customised Web-based interface to view your network performance and quality of service.

What are the components of a Satellite IP network? 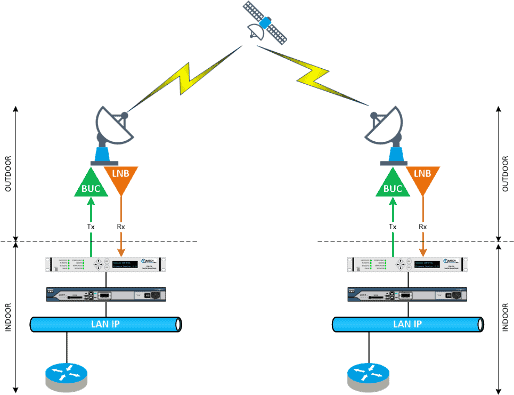 A commercial geostationary satellite communications network (36,000 km orbit at the equator) consists of one or more satellites and several earth stations, in point-to-point, star or mesh topology.

Satellites act as repeaters between earth stations, which may or may not incorporate a central hub, depending on the topology and use of the network (intranet, internet). Satellites can provide C-band (3 – 8 GHz, hemispheric coverage), Ku-band (12 – 18 GHz, regional coverage) or Ka-band (26 – 40 GHz, zonal coverage, e.g. one country) coverage.

Earth stations consist of an outdoor section, incorporating a parabolic antenna with a diameter that varies between 0.5 and 4.5 metres depending on the frequency band and the performance required, and which can be more than 20 metres in diameter in the case of a teleport. The rest of the outdoor section is an RF chain consisting of a transmit amplifier, usually a BUC, and a receive amplifier, usually an LNB.
The indoor portion of an earth station is composed of equipment specific to satellite telecommunications (hubs, modems, demodulators) and IP equipment for connection to the LAN (routers, switches, firewalls).

Are there any specificities related to land connectivity in Africa?

Terrestrial connectivity on the African continent is very patchy in terms of quality. Coastal countries benefit from the connectivity provided directly by submarine cables, which is not the case for landlocked countries. The submarine cables sometimes experience outages and suffer from a lack of redundancy and diversity making the routes less resilient.

Additionally, infrastructure problems such as power supply, theft and vandalism of fibre networks and bad weather are also specific features to be taken into account, as is the geopolitical instability that affects many African countries. All of these points, coupled with complex and uncoordinated regulatory conditions, explain the price and quality discrepancies of terrestrial connectivity between African countries and the frequent need to maintain satellite connectivity.

Are there different types of terrestrial Internet access and what are the differences between them?

What is a local breakout?

This is a local Internet access point, located as close to the user as possible. It allows organisations to offload Internet traffic from local branches and remote offices and route it directly to the Internet via a local ISP. Historically, organisations have deployed a star architecture to route traffic to a datacentre. The increasing use of cloud applications is changing this: cloud applications can be accessed with better performance and user experience over the Internet. As companies discover this phenomenon, they are increasingly turning to Internet breakout and SD-WAN to more easily establish secure direct connections to the Internet.

What are satellite communication services used for?

For all types of usage via an IP or WAN serial connection – to provide video or voice communications, broadband data services or for geolocation.

What does VSAT mean?

VSAT stands for Very Small Aperture Terminal – a two-way satellite ground station with a dish antenna that is smaller than 3.8 metres

How secure are satellite communications?

Satellites offer secure communications just like any other IP connections. Should enhanced security be required, complementary security equipment and encryption applications can be used to safeguard the network. Satellite networks offer secure communications which are equal to or even superior to terrestrial systems thanks to hardware encryption and which are independent of public facilities to anticipate any external intervention.

Are satellite services and equipment reliable?

Yes, wireless services provided by satellite and terminal equipment are reliable. Reliability is a crucial factor to be taken into account when using satellites as it is often the only wireless network to offer coverage in remote zones. Satellite communications operate independently from terrestrial infrastructures, so when terrestrial outages occur following natural or man-made events, satellite connections remain operational.

Are satellite services and equipment scalable?

Satellite networks can be used with different network topologies, from point-to-point connections to complex mesh architecture. Data rates and interconnections can be modified quickly and remotely in a few hours in order to meet customer requirements.

Why are satellites an essential component when designing a telecommunications network?

Satellite-based wireless systems allow for rapid deployment and/or restoration of communications in areas where terrestrial infrastructure may be insufficient or unreliable, particularly on the African continent to prevent problems that may arise with terrestrial connectivity: outages due to geopolitical or climatic problems, infrastructure theft and vandalism or complex and uncoordinated regulatory conditions between countries.

IT management should integrate satellite services and networks as a redundancy requirement into their own network or communication architecture. These systems should be brought to the forefront and included early in the planning process. Satellite services enable the implementation of communications services in a matter of days, proving their value in providing “instant infrastructures” for commercial, government and emergency communications.

Why are satellites an essential component when it comes to data backup policies?

Satellite networks are capable of providing high data throughput in order to ensure the rapid restoration of damaged terrestrial facilities in addition to creating robust hybrid communications when combined with terrestrial solutions.

What is the difference between a LEO, MEO and GEO satellite?

GEO (Geostationary Earth Orbit) is used for telecommunications and live television broadcasting. These satellites orbit along a circular path, within the plane of the equator and their radius is 42 164 km from the centre of the earth at an altitude of 35 786 km above the earth’s surface. From the ground, geostationary satellites appear to be stationary which is where the name comes from.

LEO satellites provide lower latency, but as they are not geostationary, they require the installation of a satellite to follow their trajectory.

What types of network architecture are available?

What are the benefits of a hybrid network?

A hybrid network allows businesses to increase the resiliency of their global network though the implementation of real alternative routes of communication with automatic switchover.

It supplies additional throughput for terrestrial links by providing a communal pool of satellite bandwidth for different agencies from a satellite network to avoid congestion when various links are overloaded.
It reduces global connectivity costs by optimising connection use between remote sites.

What is a hybrid network?

A hybrid network is an interconnection of two or more types of connectivity, for example VSAT plus terrestrial MPLS or VSAT plus an Internet access.

What does MPLS mean?

MPLS (Multi-Protocol Label Switching) is a routing technique which directs data based on short path labels via modular network architecture. A virtual private network, this infrastructure is highly secure for communication between remote sites and is therefore ideal for connecting agencies or datacentres without modifying the network core in addition to providing better monitoring of remote users within the company network.

What does network oversubscription mean?

Network oversubscription means that the bandwidth is shared between multiple users and is not dedicated.

SD-WAN stands for Software Defined Wan (WAN or Wide Area Network). There is no standard definition for SD-WAN within the industry. SD-WAN technology is used within the framework of hybrid networks (MPLS or VSAT) and uses WAN functions such as VPN, WAN optimisation, IPsec tunnel mode, hybrid WAN, deep packet inspection, rule management and analysis and assessment services. The purpose of SD-WAN is to simplify the management and operation of WAN by identification applications and dynamic path selection for traffic.

Sonema’s SD-WAN offer is an entirely managed service, backed up by stringent SLAs which allows us to improve the customer’s hybrid network performance through the use of routing, security and optimisation rules.

How does terrestrial connectivity transit between Europe and Africa?

Is it possible to optimise a network without increasing the bandwidth?

Yes, by using deduplication, compression, caching plus protocol and application acceleration techniques. These techniques enable us to reduce the quantity of data transferred, the volume of data exchanged and the latency. They can be implemented by using solutions such as Optim-Booster on the customer’s network which Sonema can deploy and manage as an outsourced service.